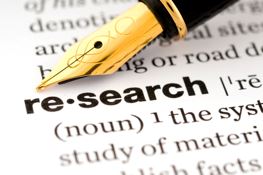 On January 19, 2017, the United States Department of Health and Human Services (“DHHS”) issued the Final Common Rule to revise Subpart A of the “Common Rule” governing human subjects research.  (Federal Policy for the Protection of Human Subjects, 45 Code of Federal Regulations part 46).  The Common Rule was promulgated in 1991 and adopted by several federal agencies as part of the effort to standardize research-related regulations for all institutions (and entities) that perform research involving the participation of human subjects.  Beginning in 2011, DHHS, with the Executive Office of the President’s Office of Science and Technology Policy, sought to further simplify and modernize the regulations and oversight of research institutions.  The Final Common Rule is the culmination of those efforts.

According to the Office for Human Research Protections, the federal agencies issuing the Interim Final Rule are considering whether to further delay the required implementation date of the Final Common Rule beyond July 19, 2018.