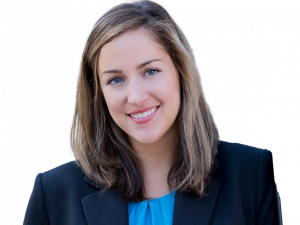 Clients facing challenges in the workplace with their current and former employees rely on Caroline Colangelo for advice regarding federal and California employment laws and regulations. Through her strong analytical and writing skills, Caroline assists clients on a wide range of employment issues, with a primary focus on defending employers in employment litigation, including claims for discrimination, harassment, retaliation, wrongful termination and wage and hour violations. Caroline also counsels clients to ensure their employment policies, practices and handbooks are compliant with federal and state laws.

Caroline has represented regional businesses, sole proprietors and individuals. Her practice involves complex litigation matters, class actions, employment disputes and administrative claims. She has successfully resolved lawsuits involving claims for unfair business practices, breach of partnership agreements, disability discrimination, racial discrimination and harassment, sexual harassment and discrimination and Form I-9 noncompliance, among others. While she primarily practices in state court, she also handles cases in federal court and before California’s administrative enforcement agencies, as well as arbitrations and mediations. Caroline is involved in all phases of the litigation process including pretrial pleading and motion practice, discovery and depositions, expert disclosure and trial.

Caroline is deeply involved in the Sacramento nonprofit community, serving as the Co-President of the Board of Directors of Cottage Housing, Inc., the Vice President of Programing for the Board of Directors of the SCBA’s Barrister’s Club and a Board Member of the American River Natural History Association. She has been recognized by Super Lawyers as a Rising Star (2016 to present); San Francisco Magazine’s Top Young Women Attorneys (2020), and by the Sacramento Business Journal’s Best of the Bar.

Caroline has also worked on four different appellate death penalty cases that involved extensive post-conviction appellate review, as well as interviewing witnesses and jurors involved in the original trials. She has also assisted in drafting portions of post-conviction habeas briefs regarding mental retardation and diagnosis and the effects of temporal lobe epilepsy.

She enjoys traveling, reading, hiking and camping, and is also an avid classic rock fan and attends concerts whenever she can.

Are You Ready for 2014? Many New Laws Will Affect California Employers
2014 Employment Law Seminar

To Arbitrate or Not to Arbitrate, That is the Question
Sacramento Area Human Resources Association
Presenter